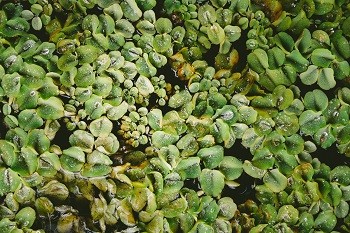 Have you ever wondered how we create our vertical gardens? What solutions do we use to ensure that green walls are as functional as possible and serve you for as long as possible? Explore the available ways of growing plants on green walls!

Green walls may be designed in two ways: green facades and living walls. The former is most often created by climbing plants, e.g. Ivy, planted next to a building, and over time covering the entire wall. In turn, living walls, with additional technologies, can be used to cover walls both outside and inside buildings. You can plant more species of plants in the walls and place them in special modules. Our company makes vertical gardens that are classified as living walls.

Since plants are kept in modules and the entire green wall is a heavy structure, it requires advanced methods of plant cultivation. See which systems have been developed so far!

4 ways of cultivating plants] - how to maintain plants in a living wall?

The name of this method is derived from the air. It is an alternative to traditional soil cultivation and hydroponics, i.e. cultivation in a liquid environment (to which we will return in a moment). Aeroponics is a smart system where the roots of plants placed in plates remain suspended in the air. Water and mineral salts are sprayed onto the exposed roots.

With a good green wall design, such plants grow quickly and are easy to replant without destroying the root system. The only disadvantage is the high cultivation costs because it requires complex electronic equipment. Consequently, traditional potted plants are rarely grown in this way, and more often than not more expensive unique plants are grown.

This ecosystem is based on the use of residual food for fish and other contaminants found in the aquarium. It works more or less as follows: water from the fish farm (so-called aquaculture) flows into the system, and the bacteria handle the by-products present therein. As a result of bacteria action, ammonia is broken down into nitrites and nitrates. The plants benefit from this by absorbing nitrates as nutrients. The purified water is reverted to the aquaculture system, and the entire cycle begins again.

The trick is to use technologies that maintain optimal temperature and water circulation. If water is lost, it is mainly through evaporation - besides that, the aquaponic system is self-sufficient.

The third soil-less cultivation method is hydroponics. It can be used wherever there are no conditions for soil cultivation - including green walls. The production and growth of plants take place in artificial conditions, on so-called water mediums.

Such a solution has many advantages. First of all, it allows you to grow plants in a mono-culture system, which means that for many years, you can stick to one species. In the case of soil cultivation, it is impossible, because the soil gets tired and depleted over the years. Secondly, denser seeding and rapid plant development result in much higher yields in the hydroponic system. Furthermore, the use of water nutrition makes it possible to postpone flowering and fruiting beyond the "season". It is also worth mentioning the ecological benefits: water-saving and lower plant contamination (e.g. since no pesticides are required). Finally, hydroponics eliminates a lot of difficult manual work, which is required in traditional cultivation.

The fourth method of plant cultivation, the so-called "film cultivation", is so far an innovatory and promising project. Everything seems to indicate that soon, we will apply it also to the cultivation of green walls. It was developed by Yuichi Mori, a brilliant Japanese entrepreneur who discovered the incredible potential... of the film.

While it may seem like Mori uses ordinary kitchen foil for wrapping sandwiches, the situation is much more complex. He uses his proprietary hydrogel film to grow plants. The added substance absorbs water and nutrients needed by the plants. Thanks to this, the plants can develop beautifully. The use of hydrogel film in modular vertical gardens is most probably a matter of time.

As you can see, the world of green walls is exciting and still thriving. With cutting-edge technologies, we can introduce greenery into our interior, without taking up much valuable space. All that remains is to wait for what discoveries unrelenting scientists will provide us with!