Moss on the wall in Euro Styl - Gdańsk

The attached photos show our comprehensive project for EURO STYL, the leader of the Tri-City housing market. In Gdańsk Spektrum, one of the developer's flagship investments, we have installed two types of 4Nature Moss constructions. For their preparation, we have used both stabilised forest (pole and flat) moss and panels with reindeer lichen.

The space at the porter’s lodge is decorated with quite a large green wall of forest moss. The arrangement design is divided into two equal parts; half of the rectangular project is filled with darker flat moss and half with lighter pole moss. It creates convex abstract shapes reminiscent of irregular clouds scattered across the green sky. In the common part of the building, in specially prepared furniture niches, narrow constructions made of reindeer lichen in the bright shade of Grass Green Light are placed. Vertical stripes, in shapely 2.5 metre high triples, decorate the corridors between the apartments.

In total, all vertical projects take up 34.5 m2 of the area. The green wall of forest moss itself is 9.5 m2; the remaining 25m2 are longitudinal panels made of reindeer lichen. 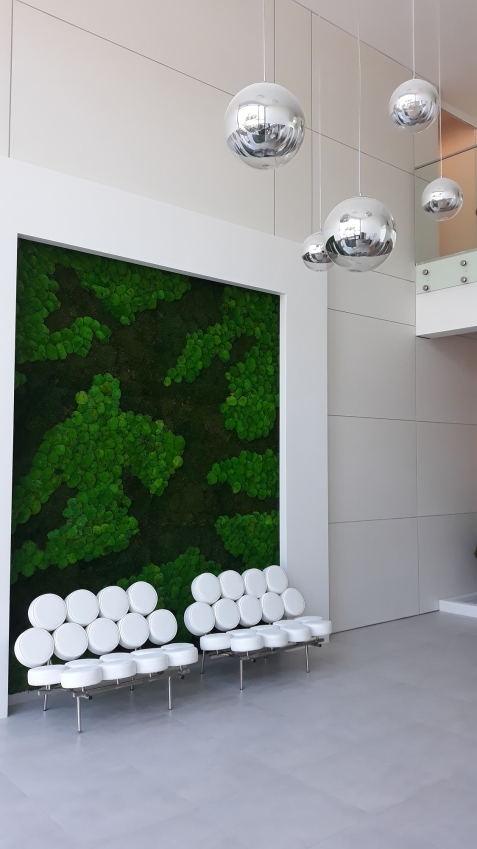