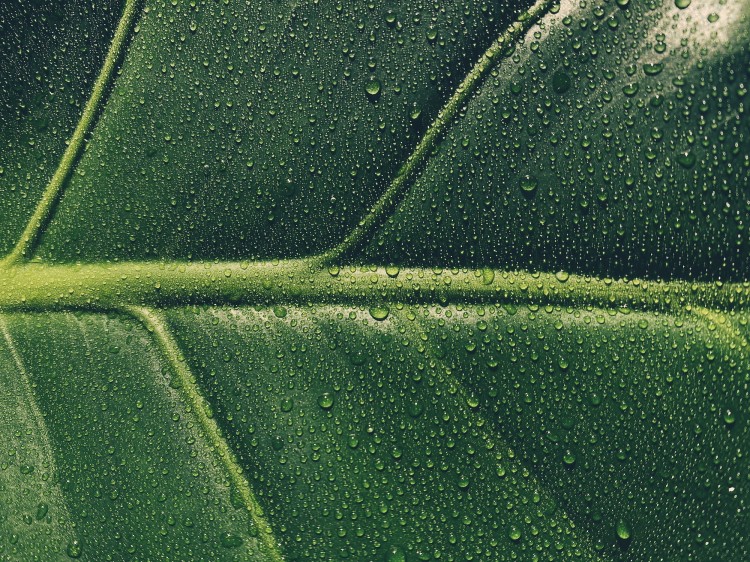 We seldom pay attention to the humidity in our homes and offices - yet optimal humidity levels are critical to our health and daily comfort. Plants have a natural ability to regulate humidity, especially in larger clusters such as vertical gardens. Find out more about the influence of air parameters on well-being and explore the results of studies that have examined the potential of green walls.

What level of indoor humidity is optimal for humans?

Maintaining optimum humidity and temperature levels is not that easy, particularly when faced with the whims of the weather and variability of the seasons. It is essential to find the golden mean: neither too dry nor too humid air will bring good health results. Ideally, the temperature in usable rooms should be around 20-22 degrees Celsius, and the humidity oscillates between 40 and 60, at most 65%.

Exceeding the specified limits may result in unpleasant consequences. Too high air humidity stimulates the development of fungi, mites, and other microorganisms, which in extreme cases may lead to mould on clothing and damage to wood and electronic equipment. However, we must consider that such a scenario is unlikely in our latitude and usually results from faulty ventilation. Much more often, especially in winter and air-conditioned rooms, we are exposed to too low humidity (in the coldest months, it may drop to 30-25% or even lower). Such a low level leads to dryness of the mucous membranes, eye irritation, increased headaches and aggravated skin problems.

Needless to say, humidity levels do not cover the entire topic of how indoor air quality affects our well-being. Since the 1950s, the number of gaseous pollutants has increased significantly due to changing lifestyles and the use of new materials in construction (Welschler 2009). The concentration of volatile organic compounds (VOCs) in interiors is often higher than outdoors (this applies to toluene, formaldehyde, benzene, or xylene, among others) and further compounded by secondary pollutants. The cumulative presence of harmful compounds in the air causes problems with concentration, aggravates headaches, and irritates already dry mucous membranes. Collectively these symptoms are sometimes described as the sick building syndrome - it affects not only our health, in the long run leading to asthma and heart disease, but also our efficiency, thus reducing office productivity (Bako-Biro et al. 2004 and 2005, Wargocki et al. 1999).

Green walls as an air filter and humidifier

The use of greenery systems in interior design proves to be supportive in combating these problems. Vertical gardens, on the one hand, humidify the air, and on the other, act as a pollutant absorbing filter (including volatile organic compounds). These two processes occur partly simultaneously - increasing humidity (especially in winter or in rooms with air-conditioning) decreases dust and mites.

Close contact with living plants helps alleviate the unpleasant symptoms of exposure to excessively dry air and reduces health problems caused by pollution. Aside from the many other benefits, the installation of green walls also offers the opportunity to regulate humidity levels in the room, thanks to which office workers report a decrease in problems with dry mucous membranes or headaches. Finally - vertical gardens also translate into better oxygenation of the body. Moreover, it suffices to look at the results of studies conducted in recent years.

What do the studies say?

In 2019, we completed a report summarizing PLGBC and Silesian University of Technology research analyzing physical parameters in office spaces where green walls have been introduced. We commissioned it as part of R&D work on the design of innovative furniture with built-in vegetation. Measurements showed that the vertical gardens had a positive effect on the air's relative humidity. The air quality in the tested rooms was also assessed as good and very good (concentrations of PM2.5 and PM10 particles were measured, among others).

Research on employees' self-assessment also produced fascinating conclusions. Before introducing vegetation, as many as 60% of respondents complained about the air being too dry. However, when the test walls were placed in the office, more than 70% of people believed that the air humidity is "just right"; when they were removed, as many as 80% of respondents assessed the air as excessively dry. The conclusion? The perception of humidity in office spaces is strongly correlated with plants' presence and their concentration in the right places.

Other researchers also noticed a similar relationship. After measurements lasting 10 months, Tudiwer and Korjenic (2017) noted that increased relative humidity in winter improved the comfort of users of a classroom where a green wall was installed. Significant differences in humidity levels were also observed in a study focusing on vertical gardens positioned in corridors (Ghazalli et al., 2018). These and other studies demonstrate that the presence of systemic greenery has a measurable impact on our well-being