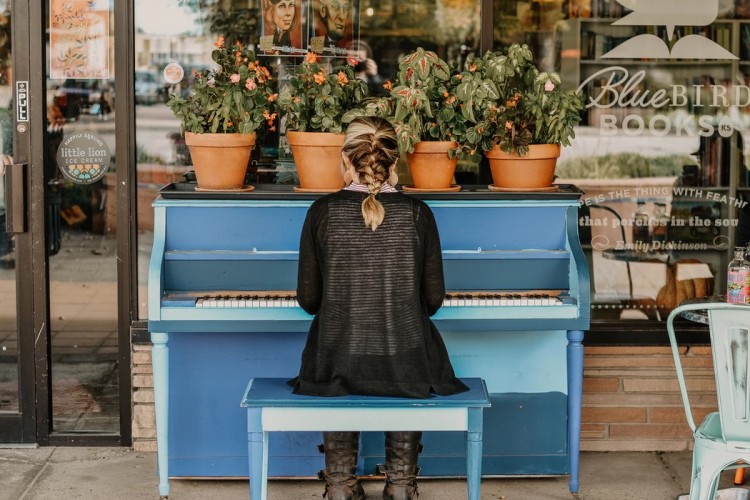 Have you ever heard the hypothesis that plants react to music? Or that they prefer classical music to rock? Are they able to compose their own pieces themselves? We have prepared for you some interesting facts about the musicality of nature. Check it out!

Scientists and plant experts disagree as to whether plants have their own taste in music. Various studies can be found on this subject, but their credibility remains ... well - questionable. There is no doubt, however, that plants make music themselves.

Plants are not yet reaching the top of the music charts, but this does not mean that they do not make sounds: the gentle air movement makes leaves, shoots and flowers tremble and a kind of symphony of nature begins. The rhythmic rustling of the grass can be an easy-to-hear example. Certain plant species, such as witch hazel and sandbox tree, make loud noises by themselves when their ripe fruit bursts with a specific crackle.

There are already communities of musicians, composers, scientists and programmers who share a common goal: making music with the use of plants. This is possible thanks to the transformation of biological processes into sounds identifiable by the human ear.

Once, generative music fans were talking about the MIDI Sprout device, which allowed artists to use biological data to control musical equipment. In order to listen to the composition of plants at home, great numbers of Internet users supported the Kickstarter campaign, which resulted in the creation of the PlantWave device.

How does sonification of biological data work? The electrodes placed on the leaves catch vibrations caused by external stimuli and turn them into music. The microcontroller that measures pulses determines which are converted into MIDI notes. The sensors connect to mobile devices via Bluetooth, which allows for efficient playback of the finished composition. It should be emphasised that the PlantWave is a device from the field of artistry, and not a breakthrough science - it is possible, however, that with its use some intriguing patterns can be observed.

Another solution is a device made by the Damanhur community called Music of the Plants that is connected to the plant with two sensors (one placed on the leaf and another on the root). They measure the resistance between both points and turn it into the notes. Interestingly, the algorithms are sensitive only to selected biological processes, so they leave some space for silence: an equally important means of expression. Not only artists (including the pianist Chiyo Kaigi or the Master Plants Orchestra) use these devices, but also people who are looking for plant music for meditation or who want to deepen their ties with nature.

Music generated by plants is an issue that is more artistic, or even spiritual, than scientific, although mention should be made of neuro botanical studies on the ability of plants to generate and react to sounds. In 2012, a team of scientists from Australia and Great Britain, led by Monika Gagliano, published a famous article on plant bioacoustics. It showed that in the water young maize roots not only generate repetitive, loud sounds with a frequency of approx. 220 Hz, but they also react to external sounds. When receiving analogous signals, they change the direction of growth to be consistent with the sound source. These observations may lead to thinking that the stimulation of plants with sounds, or more broadly - with music - is possible.

The impact of music on plants is a graceful topic for lovers of greenery, but it is not very popular with scientists. More serious studies on this subject are rather sparse. In the 1960s scientists Richard Klein and Pamela Edsall from the New York Botanical Garden, using strictly scientific methods, determined that music, regardless of its genre, had no effect on the growth of marigolds. However, this did not discourage other people with questionable scientific competences from conducting their own studies using a methodology that at best was objectionable.

Dorothy Retallack, a housewife who also sang in churches and funeral homes, comes to the fore. After educating her children, she enrolled at Temple Buell College, and in 1968 she began to work on the impact of music on plants on a biology course. Five years later, she published the famous book The Sound of Music and Plants, in which she argued that plants wither and die within several weeks due to rock music by Led Zeppelin or Jimi Hendrix, moving their stems and roots away from the sources of sound. They definitely prefer classical music by Bach and Indian Ravi Shankar, then they bloom and petunias turn their flowers towards it, trying to cover the speakers with leaves. Thus, quite accidentally they shared the music tastes of the researcher herself.

Unfortunately - Ms Retallack's research is full of errors and simplifications. She worked on a small number of specimens, changed the test area and measured the humidity with her own finger. Today her efforts are referred to as "bad science". Despite this, her observations won the popular press, and it is thanks to her that we owe the myth, repeated to this day, that plants react badly to rock, but that they grow lush to the sounds of classical music.

Although dr Daniel Chamovitz in his book "What a Plant Knows: A Field Guide to the Senses" made it clear that no one has still been able to prove that plants have any musical preferences, the results of home-grown research by Dorothy Retallack inspire numbers of people and event organisers also today. An example are classical music concerts for an audience made of only plants.

In 2011, The Royal Philharmonic Orchestra performed an over three-hour recital at Cadogan Hall. The audience of the London concert hall consisted of over 100 different plant species, which listened to, among others works by Mozart. Theoretically, this was to help test the impact of classical music on their growth, although there was no university or institute, but ... the QVC shopping channel included in the project.

A similar action took place in June 2020, this time in Barcelona. The Gran Teatre del Liceu hall was then opened after a few months of a pandemic lockdown, and the string quartet performed Puccini's Chrysanthemums for nearly 3,000 plant guests. In this way, the artistic director of the project wanted to comment on the relationship between culture and nature and pay tribute to healthcare professionals - after the concert, the plants were sent to the employees of the local hospital.

Although we already know a lot about the impact of plants on our lives - that greenery calms and plants improve the quality and increase humidity of the air, their musical sensitivity remains a mystery to us. Maybe they are still waiting for comprehensive research in this field, meanwhile humming their favourite pieces from pots when no one hears?